Greenhouse gases from human activities are the most significant driver of climate change globally, since the mid-20th century. Here's a visualization of Canada's emissions trends from 1990-2015. 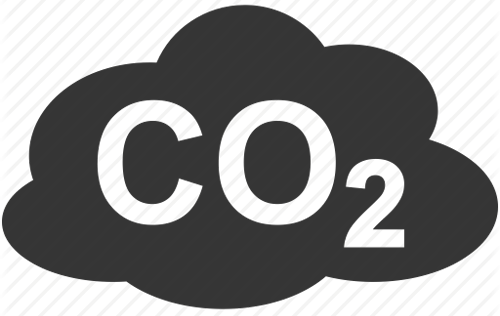 Climate Change is undoubtedly one of the significant global environmental issues of this time. The impacts of climate change are seen to be a threat in environmental, social and economic perspectives; as it leads to extreme weather, sea level rises, global warming and many more environmental issues. Over the years, these issues have shown a steady increase, which greatly impacts human habitat at a global capacity. While various elements influence the effects of climate change, Greenhouse Gas (GHG) Emissions are noted to be one of the highest contributors. Below is an evaluation of Canada's GHG emissions contribution at various scales, and evaluating its future trajectory.

As seen in the graph on the right, since 2012, the emissions show a declining trend. This decline could be understood by the gradual coal phase out and the decrease of emissions in the electricity generation sector. Yet, considering the trajectory since 1990, the trend shows an increase over the next five years. Under the Paris Agreement, Canada has committed to reducing its GHG emissions footprint by 30% below 2005 levels (738 megatonnes of carbon dioxide equivalent) by the year 2030. To this day, the overall emissions have reduced by approximately 4% since 2005. 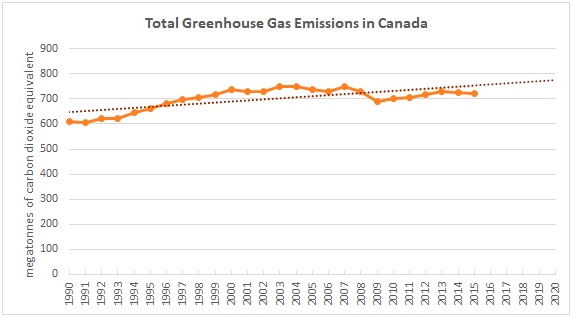 Regionally, the Canadian emissions have varied by province and territory. As seen in the map on the left, the territorial emissions have remained rather constant over the years between 1990 and 2015. The territories accounted for approximately 0.5% of the emissions in 2015, which was the lowest emitted. Alberta and Ontario are seen to be the provinces with the highest emissions, with Alberta accounting for 38% of emissions and Ontario accounting for 23% of the emissions in 2015. As in the map, British Colombia and Saskatchewan show a increase in emissions since 1990. In 2015, the top 5 emitting provinces (Alberta, Ontario, Quebec, Saskatchewan and British Columbia) released approximately 90% of Canada's national total GHG emissions combined. 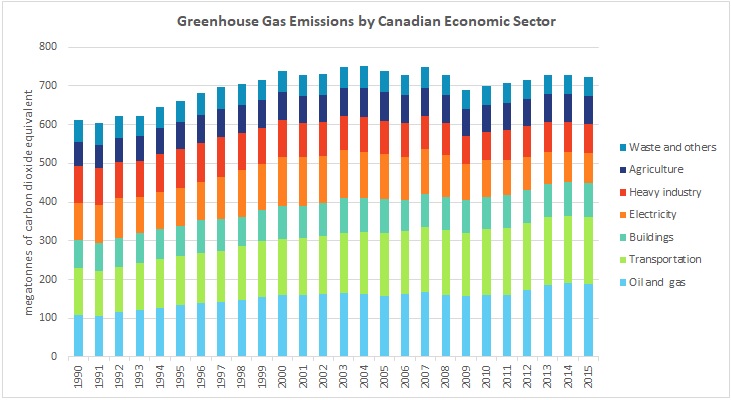 Greenhouse Gas Emissions by Economic Sector from 1990-2015. See paragraph on left for explanation.
Overall, Canada is a diverse locations for a growing investment market, in a geographic, economic and social perspective. As growth continues, so does its emissions. In order for Canada to meet its 2030 target, the highest emitting sectors and province would have to take on significant reductions. With the various initiatives that are currently in place, it is expected that Canada will meet its reduction target by 2030, based on various scenario analysis and research. Nevertheless, the past five years have shown a very slow decline towards the expected target.
Above provided content, maps, graphs and graphics were created by the author, with the use of data from the Government of Canada and use of software (ArcMap and Excel). Website design by the author, with the use of webflow.
‍
Data Sources: Canada's Greenhouse Gas Inventory| Geographic & Cartographic Boundaries: Statistics Canada
CO2 image: open sourced for use and editing